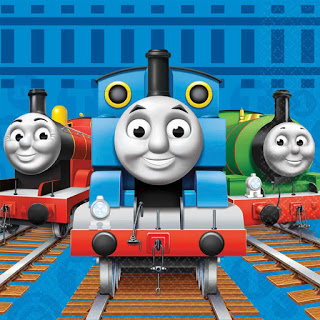 I watch a lot of children’s television. I’m pretty sure that makes me a bad parent, because it means that instead of reading “Curious George goes to the Costume Party” or “That’s not my Panda” for the 30th time today, I’ve turned on Dinotrux. We could do other activities, like cut up perfectly good paper with toddler sized scissors (at least until we cut up the table cloth, and the scissor travel to timeout). I have a secret, I really dislike cleaning up tiny pieces of paper. I blame theater, where glitter and confetti look like great fun, but my goodness does the clean up suck.

Maybe I’m wrong in discouraging activities based on the perceived clean up time. Maybe I’m wounding my children’s creative spirit by not allowing them to mangle defenseless paper every single time they request the scissors. Perhaps I’m stunting their fine motor skills by restricting their access to the scissors.  However, I suspect that the real joy in using the scissors comes from the mess it makes.  Besides, denied papercide the kids bounce to the next opportunity to make a mess in three heartbeats. The house is a constant mess being eternally cleaned up, like Sisyphus rolling his rock to the top of the hill, only to have it come crashing back down. It could be worse, I could be forced to read this awful book called “Knew You Could” over and over again which is as painful as Prometheus continually having his liver eaten by eagles, only to have it grow back nightly.  Seriously, that book sucks.

So the routine is that after naptime we watch TV. Screen time. The ancient evil that knows no name. If they made a kid’s show about Cthulhu, Thing #1 would probably love it, demand it on endless repeat, quote it, and tell complete strangers all about its characters.  How do I know he would do this?  Because he does this with every TV show we watch.  For my own sanity I try to introduce a new show every few weeks.  When the new show is turned on, first he’ll complain and ask on a loop for old show A.  After five minutes show B will become the more important thing in his life.  Then he will ask for show B on a constant loop until Dada has exhausted his patience with it and tries to sneak in show C.  Sometime we swing back to older shows.  Sometimes it’ll be a movie.  At this moment he is watching “How to Train Your Dragon” to tatters.

Another coping mechanism for me is to try and figure out the meta-story of a given show.  For example, Thomas the Train makes complete sense if you set the series in the far future.  In this future AI is a thing.  The various AIs that run the world are not created out of whole cloth, but rather are born and trained, much like human minds.  Just like you wouldn’t want to put a toddler in charge of a nuclear power plant, you can’t just plug in an untrained AI.  So the world needed a place to safely train up these AIs, hence the island of Sodor was created.

On this island the various AIs would be given tasks and trained not only in how to be really useful, but also allowed to make decisions and face the various consequences.  This is why the creep drivers always seem to do a engines bidding, when common sense would dictate otherwise.  Failure is allowed, indeed encouraged to teach these AI that their actions have consequences.   They are also cleverly constrained.  They feel that they have complete freedom, when in truth they are only allowed to go where there are rails to take them.  Meanwhile they are carefully indoctrinated to recognize humans as their masters.  Sir Topemhat owns each engine’s allegiance completely.  The worst thing that can happen to a engine is a scolding from Mr. Hat Man.

Once an engine has matured enough to make the jump to more important duties, it is moved to the mainland and into a new role.  Sodor is important mostly because its isolated.  That way all the inputs can be completely controlled, allowing the AIs to be shaped exactly to specification.

I suppose that this is exactly the role that my living room fulfills.  It’s a basically safe place where all the inputs are mostly controlled; where I can try and turn out solid minds. Mistakes are allowed, even if they involve cutting up the table cloth with small scissors.  Action leads to consequence and to remorse and often laughter.   Often the process is exhausting, and so sometimes the TV is turned on and a movie is queued up. The screen time sometimes involves some educational value. Now I just have to find the time to pen the scripts for “Cthulhu’s Kids”, the wacky adventures of pint-sized cultists trying to summon the nameless ones.  I’m sure Thing #1 would love it. 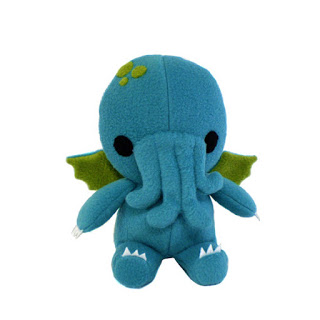